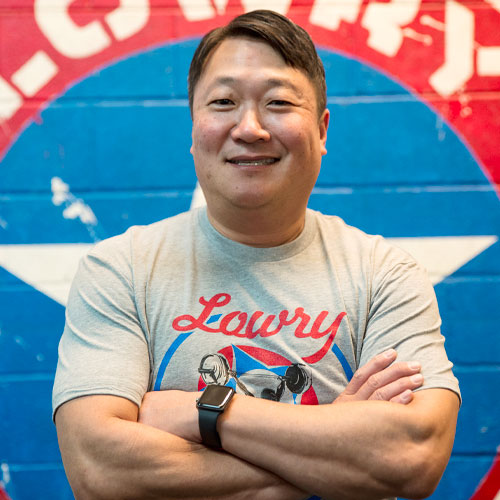 Robert grew up in Ann Arbor, Michigan where he learned to play tennis and soccer beginning at the age of 10. His claim to fame is that he defeated former professional tennis player, Malivia Washington in the Ann Arbor Open Tennis Tournament in 1984 (by default). After moving to Colorado in 1996, Robert joined Bally’s in Denver and switched over to their gym in Arvada in 2010. He also played intramural soccer, floor hockey and volleyball after moving here. Robert enjoys traveling, hiking, biking, tennis and running; he has climbed over 20 CO 14’ers.

In April 2013, Robert came to Lowry Crossfit without any knowledge of the workouts or philosophy. After 2 days of classes, he tried to quit, but Christian told him to give it a chance. Today he trains every day he is in town, and crossfit has changed his life.

Crossfit has changed my philosophy on daily activity, diet and exercise. Since joining LCF, I’ve learned the importance of working with others, to make all of our lives better and more fulfilling. The LCF family is a major part of my life, and has been a blessing to my mental and physical health. Thanks to LCF, I’m in better shape today than I was 30 years ago.